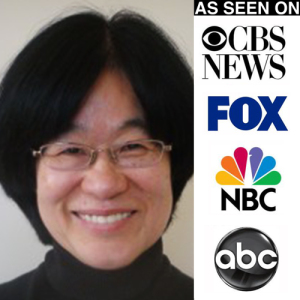 I have two passions: (1) managing my own investments and (2) expressing gratitude to World War II veterans.

(1) On managing my own investments: By self-directing all of my investments, it is to recoup the huge losses sustained in 2000 and 2008 in my retirement accounts.

(2) On expressing gratitude: It is to reach out to as many World War II veterans as I can – particularly those who fought in the Pacific theater – to thank them for not only helping to end the war but to bring food, peace, and democracy to post-WWII Japan.

Accordingly, I write primarily about “investing” and “war, peace, and gratitude.” Currently, I post once a month, on the 17th, on both of these topics.

On investing, my blog posts are usually about reflections of what worked and what did not – so that you can make progress toward your own investing goals at a faster rate.

To make sure you don’t miss my newest posts, you can subscribe via RSS or e-mail.

I was born and raised in post-WWII Japan. I graduated from Aoyama Gakuin Women’s Junior College (a Christian college), worked at a Japanese company as well as Newsweek Tokyo Bureau briefly, married my American husband, David, in Tokyo, and came to the United States in 1972 at age 23.

Upon obtaining my MBA degree from the University of Wisconsin – Milwaukee, I had a 20-year career at Chrysler. Due to my background and knowledge about Japan, I worked on some assignments that came directly from then Chairman of the Board, Mr. Lee A. Iacocca. Highlights of my career at Chrysler are noted in some books listed on Amazon.

The market crash of 2000, otherwise known as the dot-com-bubble burst, shook me to the core.  I came to America to be free and independent. I did not come here to be dependent on others or on government welfare. To me, the possibility of such a worst-case scenario was the exact opposite of freedom and independence. Therefore, I had no choice but to face my worst fear head on. That was when I began paying much closer attention to my retirement accounts – at age 51.  Better late than never.

I am a product of Japan’s long history, tradition, and culture.  Because of the timing of birth, my life was shaped in no small part by the scars of World War II.  I recognize that the same is true also with millions of people worldwide including, of course, the Americans.

Ever since I was about 3 years old, growing up in Japan, I was always drawn to America, its language, its culture, and its people.  Where did such strong fascination come from?  When I finished writing my autobiography after an in-depth research, I finally figured out why.  My father, who was bitter about just about everything in life, respected America.  That was it!

As an immigrant and beneficiary of such an enormous sacrifice, I believe it is my turn to do whatever it takes to sustain the gift of freedom bestowed upon me. This website shares with you the thought process that I went through and actions I took – and am taking – to do just that.

Why I am profoundly grateful to WWII veterans

I mentioned something similar to this in my September 2012 marketing post.  It’s worth repeating on this page.  So here it is.

During the war, for the victor to show mercy to the vanquished was a foreign concept to the Japanese military.  Consequently, when Japan surrendered unconditionally, all surviving Japanese feared the worst.  This, however, did not happen.  Instead, American soldiers brought food, peace, and democracy.  Above all, they treated the general public with compassion.  They demonstrated the principles for which America stood.  Such compassion shown to the defeated was a shocking turning point in the Japanese perception of the so-called “enemy.”  What had been inculcated in their minds by their own society about the “enemy” proved to be wrong.  They became witness to an amazing grace beyond the realm of their comprehension.  This is the reason people of my parents’ generation in Japan hold America to the highest pedestal – as I still do today as a naturalized U.S. citizen.  This is why I am profoundly grateful to all American WWII veterans.

The information I provide is on an as-is basis. While I make every effort to be factual and of value to the readers, I make no representations as to accuracy, completeness, timeliness, suitability, or validity of any information on this blog and will not be liable for any errors, omissions, or delays in this information or any losses, injuries, or damages arising from its use.